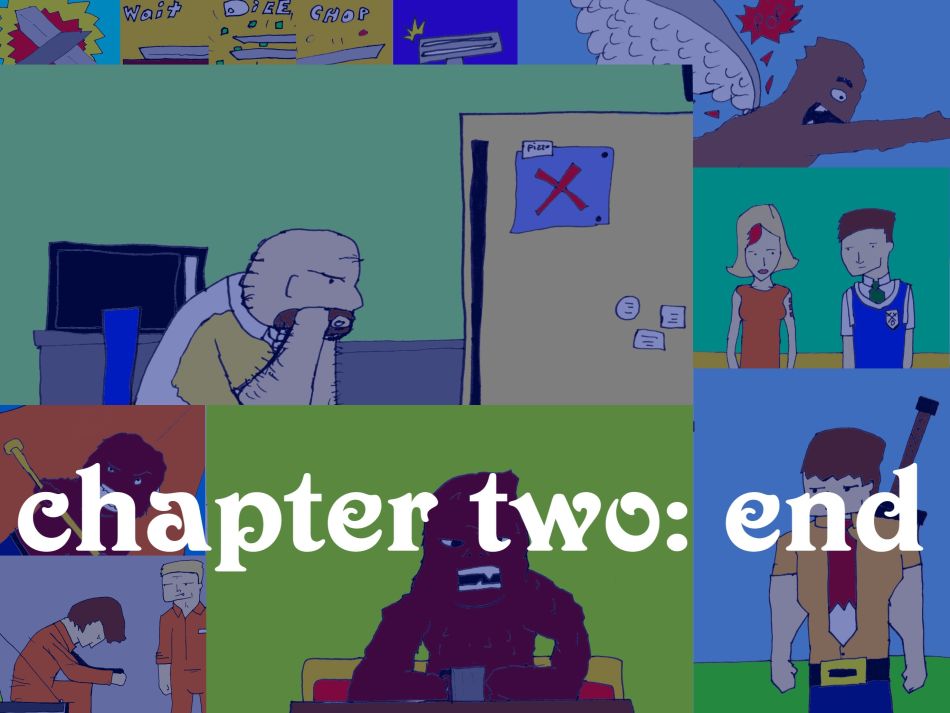 First I’d like to wish my Mom a Happy Birthday!  Hope you have an awesome one.  Make Dad take you some where nice.  Second I have bad news about ED.  I’ve been a little lazy lately.  Work has been slowly killing me and my moral to actually work on ED.  Ed will be taking a little hiatus for at least the next two weeks.  I know, horrible news, but not the end of the world.  On Thursday I’ll be posting a extra Political Comic, so two of those this week.  The next two week I have a longer ED classic story.  It’s nine strips long, so you’ll be getting an extra Wednesday comic!!!  Then chapter three should start.  I’ve started to work on it and it should be as good.