John Adams, the 1st Vice President (the 2nd US president) 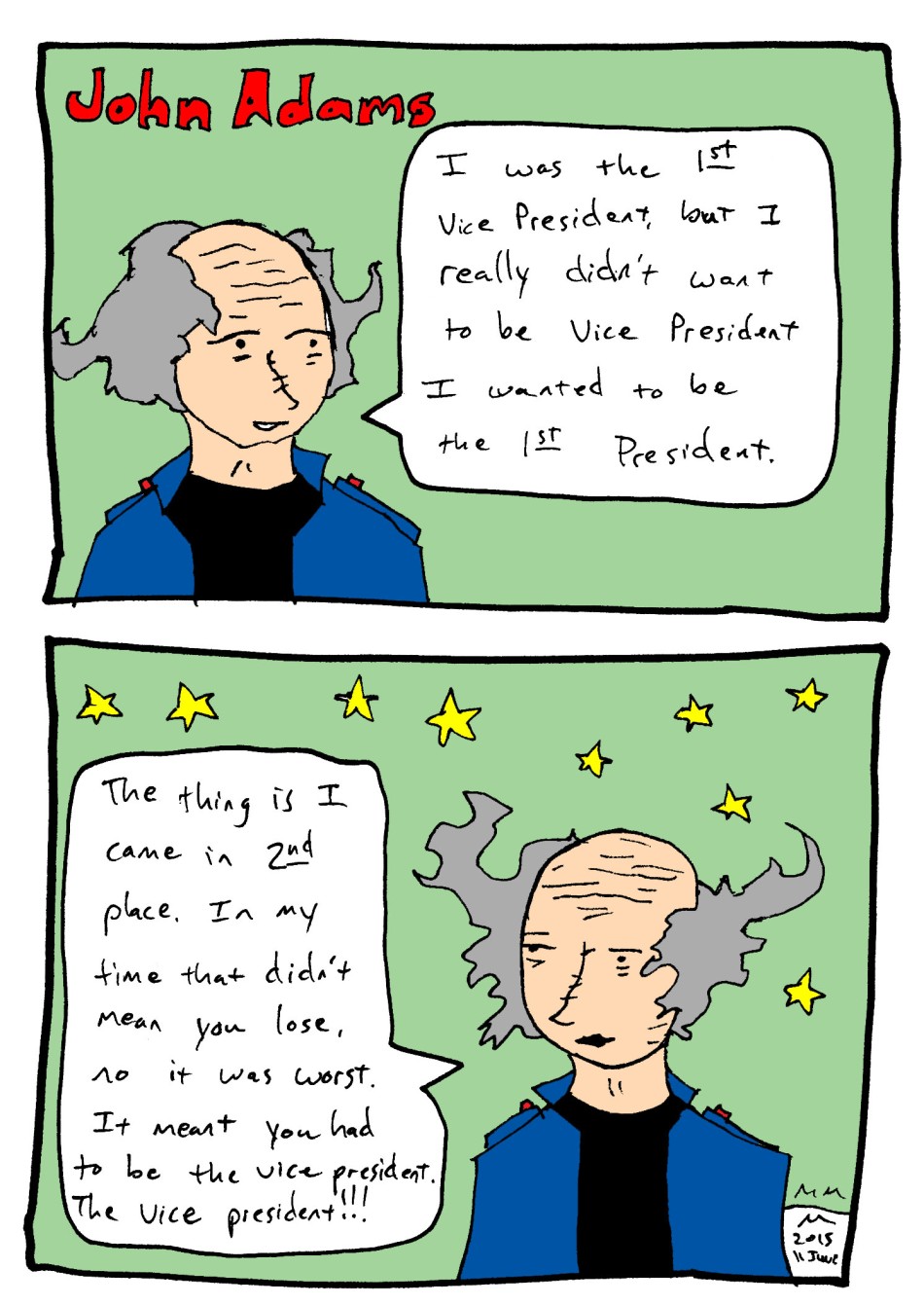 I know I said I was done with ED comics last week, but then it was leap day!  How could I not include ED in a holiday that only comes around once every four years!  I had a couple different ideas for this comic, but went with him being mad at me.  He should be mad at me too.  I cancelled his comic.  What’s he going to do now?  Just stand at a door and guard it?  I guess that’s better than being jobless like Rabbit.  Rabbit got the sour end of the comic ending.  Well I hope youy like this ED comic.  I don’t have anymore planned, but he could pop up at any time.