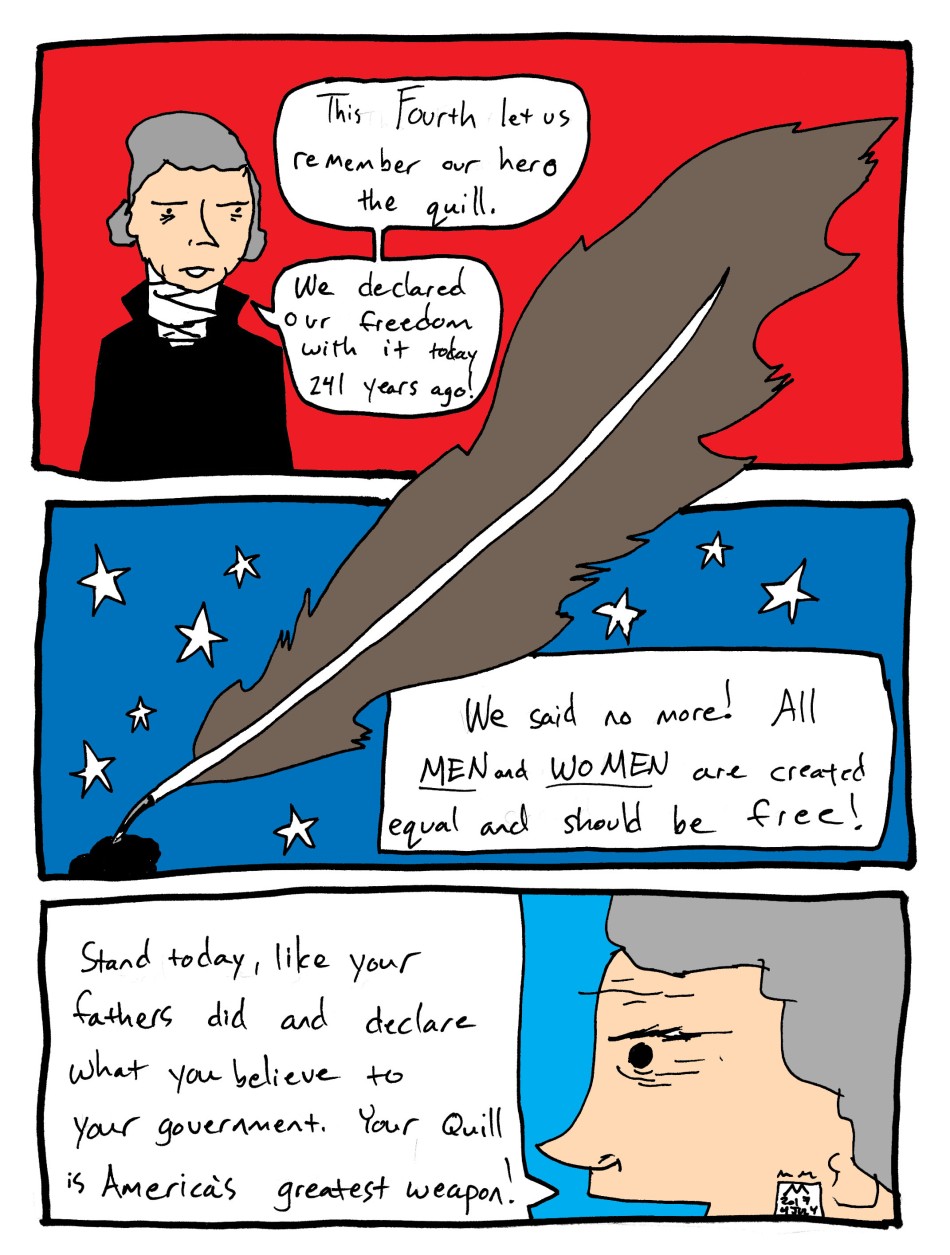 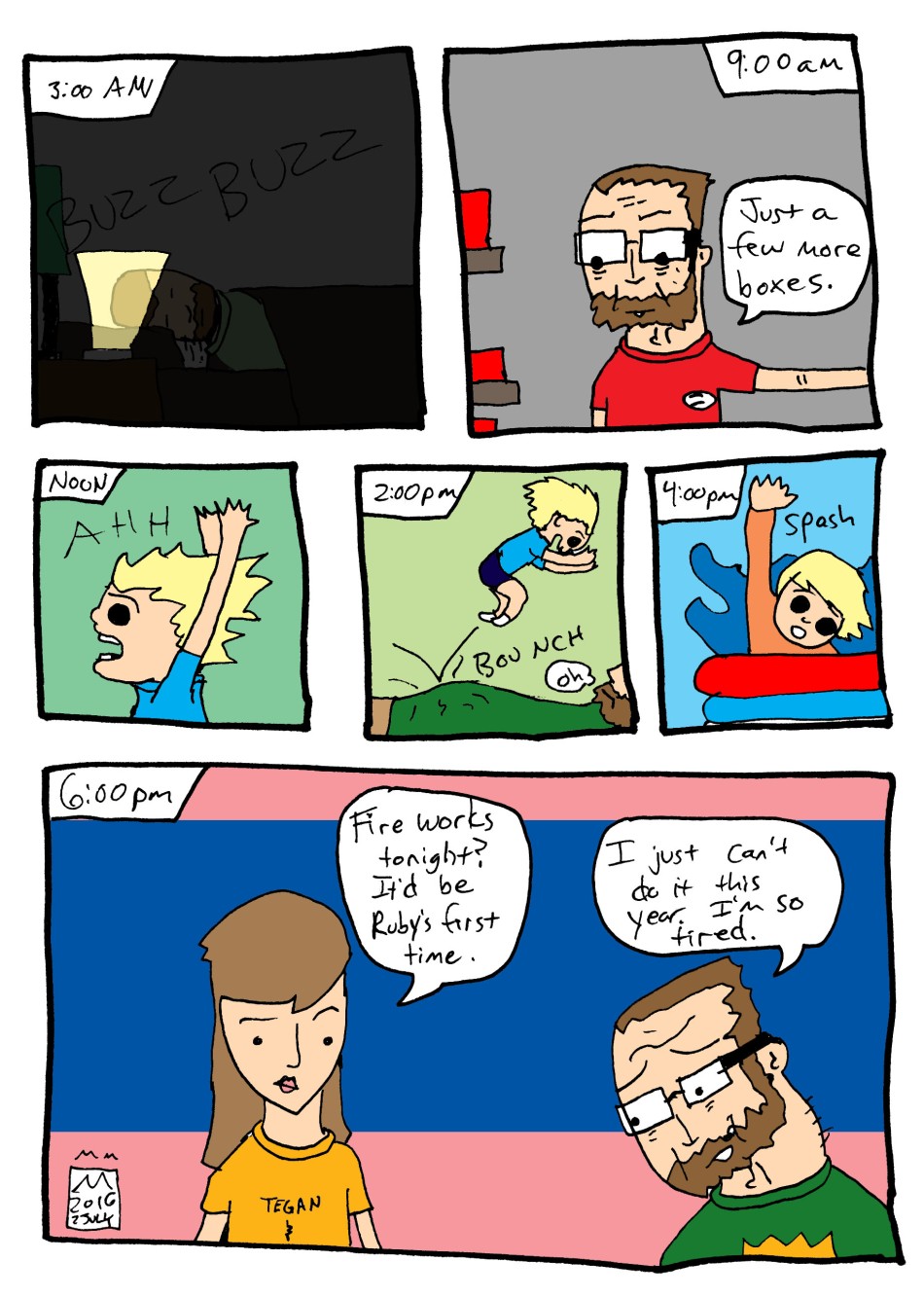 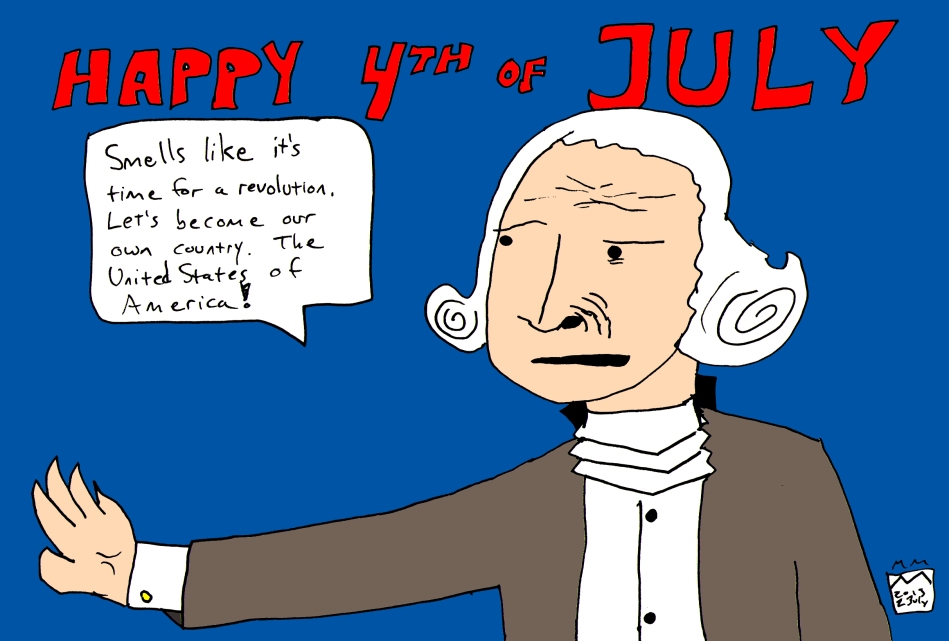 We are having a huge drought out here in Indiana.  It’s hasn’t been good.  I know a couple of fireworks around my area are already cancelled.  Plus on top of that, most of the fire work show were either yesterday or tomorrow.  What is going on?  I thought the fireworks were suppose to be on the fourth?  We might have to drive to Michigan to see any fireworks at all.  I hope you all have a safe holiday today. 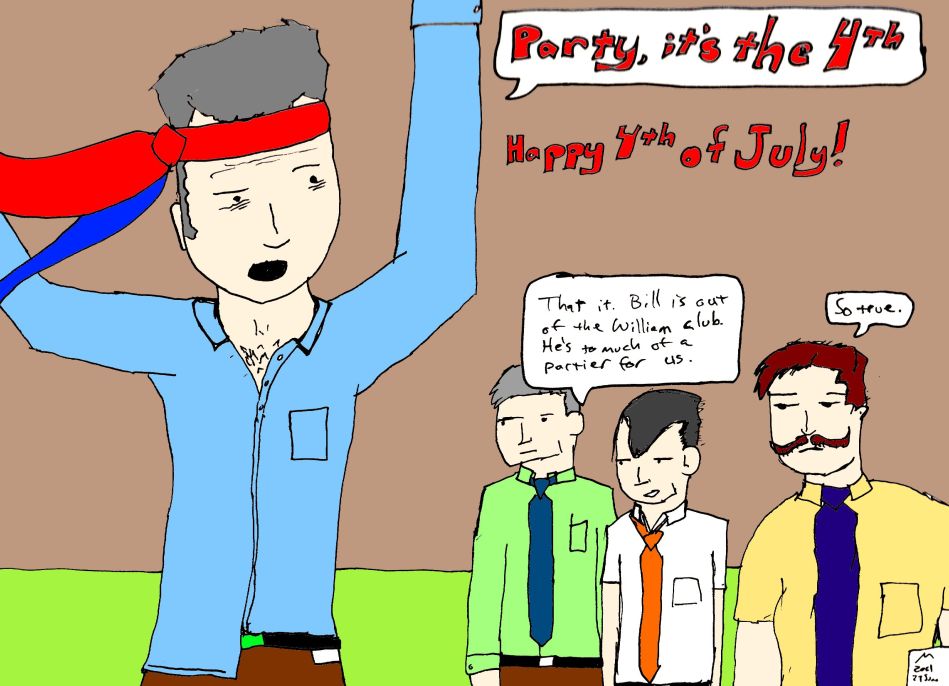 Happy 4 of July everyone!  Sorry for no comic yesterday.  My in-laws are staying with us and some how I forgot to hit publish after I had the comic up and running.  The sad news is that the Sunday comic will be coming to an end soon.  I’ve run out of classic ED comics.  I’m using sketch comics that I’m drawing now, so I don’t have as many of those ready to go as I did before.  Plus all the classic stuff is gone.

Here’s a quiz for you, can you name all the president’s here?  It’s the William Club, so that should give you enough of a hint.

Who else has to work today?  I work for an affiliate of a bank and I’m working.  My company’s account has it off so we can’t call them if we get weird things.  The library is closed today.  The post office is closed today too.  So pretty much it’s a holiday for most people, but not me.  No I’ve got to go into work and do stuff.  I don’t know who else think this is a horrible idea.  Making people work after staying up real late to watch the fireworks.  I’m calling the president on this one.  Okay that’s my little rant.  Hope you all have a great day off.

Happy 4th of July!  I hope everyone is having an awesome holiday.  I’m planning to go down to see the fireworks at the park.  What are you planning to do for the 4th?

2nd of July Holiday comic (wait that’s not a holiday) 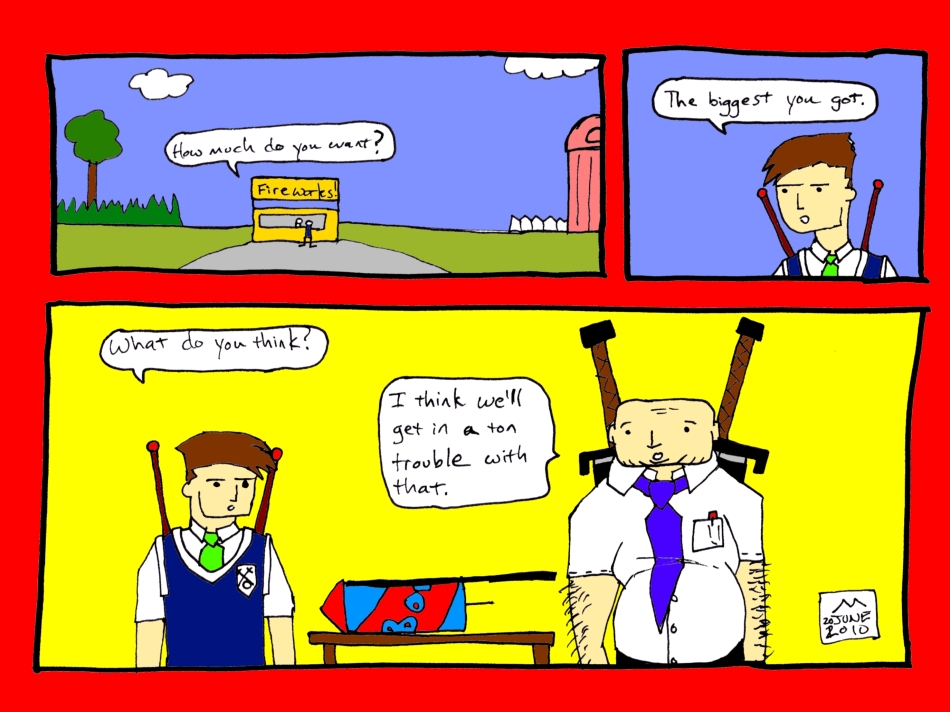 Happy 2nd of July, I know it’s not really a holiday, but I figured if I was going to make a 4th of July comic why not make it a special event that goes for four days!  I know what it this crazy person thinking four days of new never before seen ED the business warrior comics!  Yes, I’m just that crazy.  I love comics, I love making comics, so here is your chance to enjoy them too.  I want everyone to know about ED and how awesome he is, so go tell all your friends about this comic and have them enjoy the holidays with ED and gang.

I decide to start this comic about fireworks, I’ve never been much of a do it yourself fireworks guy.  I blame my Father for that.  He never allowed fireworks.  I remember one year in Cedar Rapids he let us get sparklers and that was it.  Just that one time.  No one even got hurt that one time we did it.  I guess my Father just hates fun.  He didn’t like balloons either, but now he lets the grandkids have them. Even though I’m not a fireworks guy come check out ED and Rabbit as them do some cool stuff.