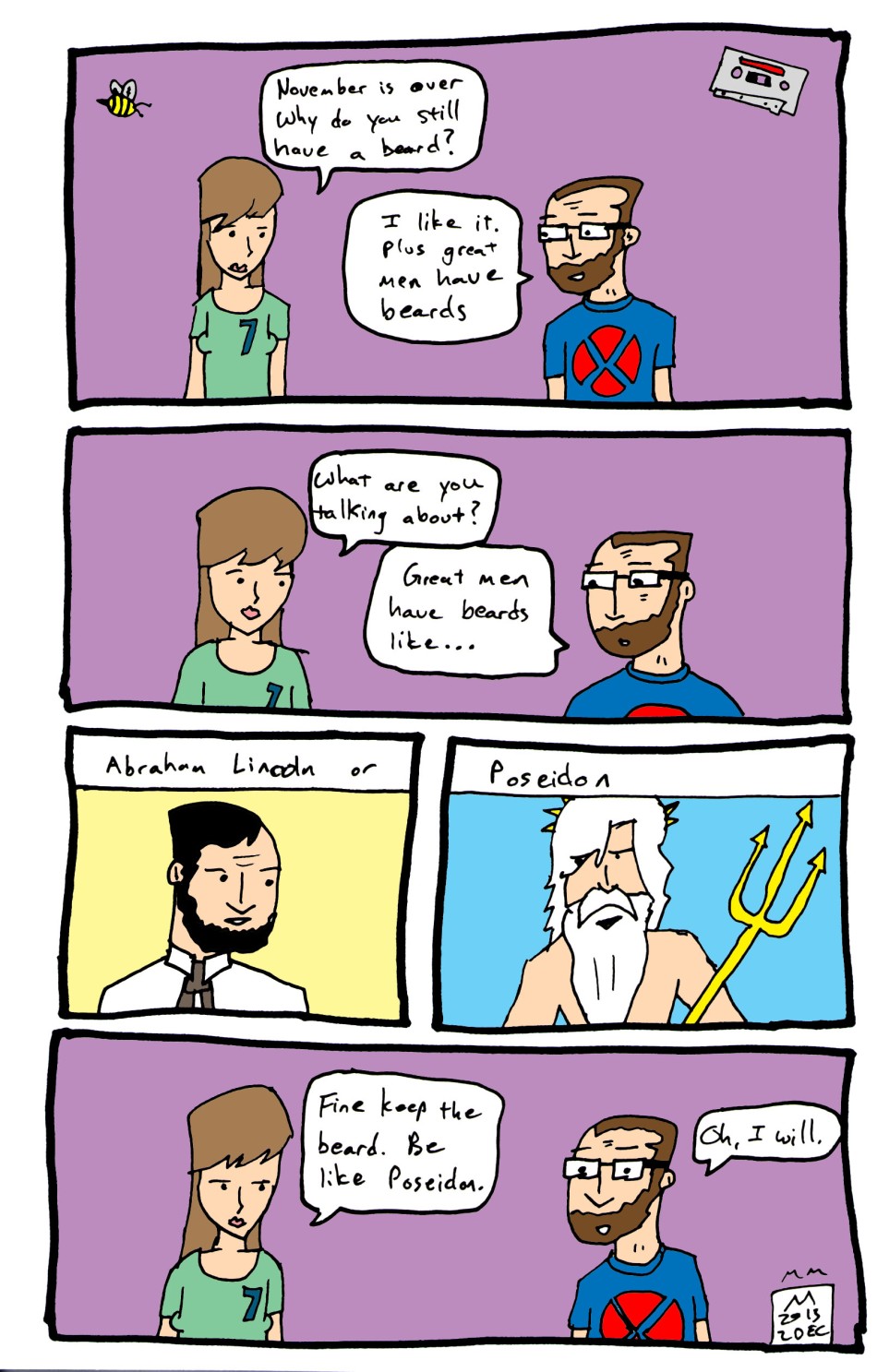 It’s been three years since the first official comic on mini dove comics!  I dreamed I would still be running this blog/comic site now, but I always figured I would have given up too.  I’m not saying I’m a quitter, but three years is a long time to make comics. Plus my original comic Ed the Business Warrior was not something I could have kept going for three years.  Luckily mini dove comics has evolved since three years ago.  The first change was the presidential comics that changed to important and famous people.  My historical comics have been big hits here.  That came around because of my father.  He was like you should do all the presidents as comics and not just on president’s day.  Well I’ve done all the presidents and some more than one.  Then came the return of my journal comics.  I started drawing Lost Guns again.  A journal comic I drew when I was in college and life was really confusing to me.  Well guess what, life is still really confusing after college and married to the most awesome woman ever.  The last three years have been good for the comic.  They have been a challenge to complete and I’ve thought about quitting more than once.  So here to another year, let’s hope we can make this year better than the last three.

Abe and his Penny

What to learn more about getting rid of this useless coin?  Go watch Death to the Penny.

I want to thank all the fans out there right now.  I would never have made it to two years without you.  With all your support this comic has grown from my little business warrior to anything goes.  I’ve posted much more personal comics lately and so many people have been into it.  I know my life can be boring at times and some of my jokes don’t always hit, but you’ve stuck with me.  Thanks you.  Without people viewing my comic I would have stopped a long time ago.  I hope you all stick around for the next year.  I’ve got more president comics coming soon.  I’ve started mixing clerihew style with them.  If you don’t know what that means, good.  That means you’re more sane and normal than me.  I still need to finish off my classic travel comics.  That’s not coming to an end anytime soon.  Plus more LOST GUNS!!!!  I love drawing my lost guns and I don’t see them ending anytime soon.  Plus I’m working on a new ED story.  That’s still a long way out, but it’ll be up sometime in the next year.  Thanks again for the wonderful two years.

Abraham Lincoln and the bird 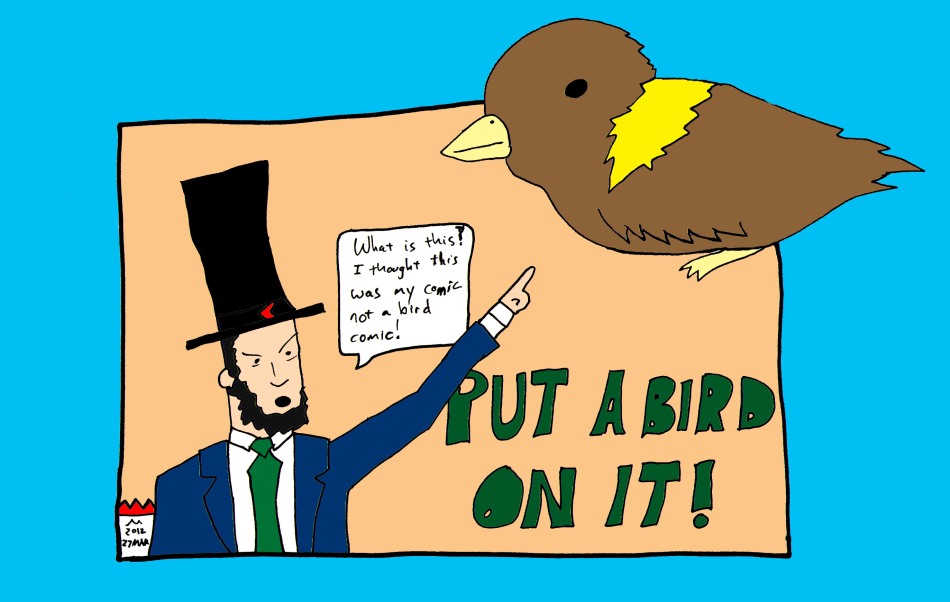 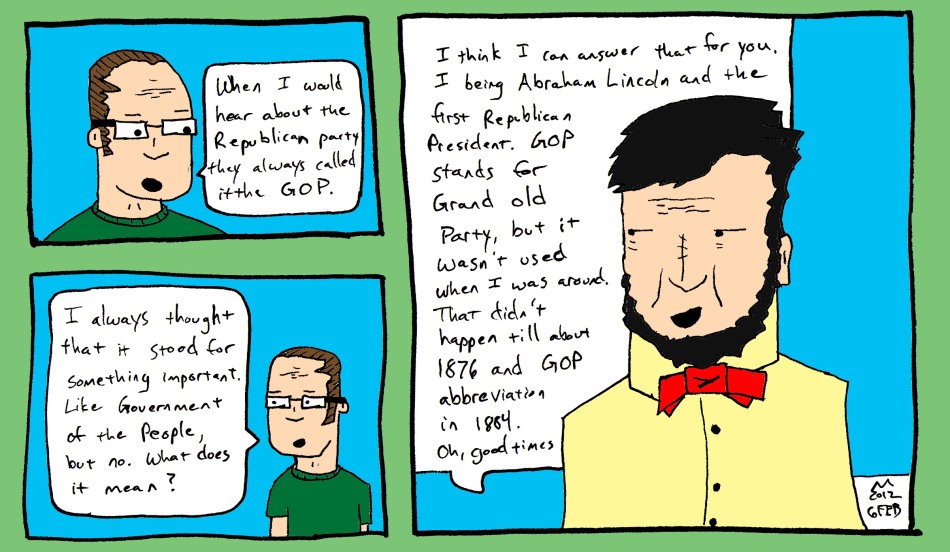 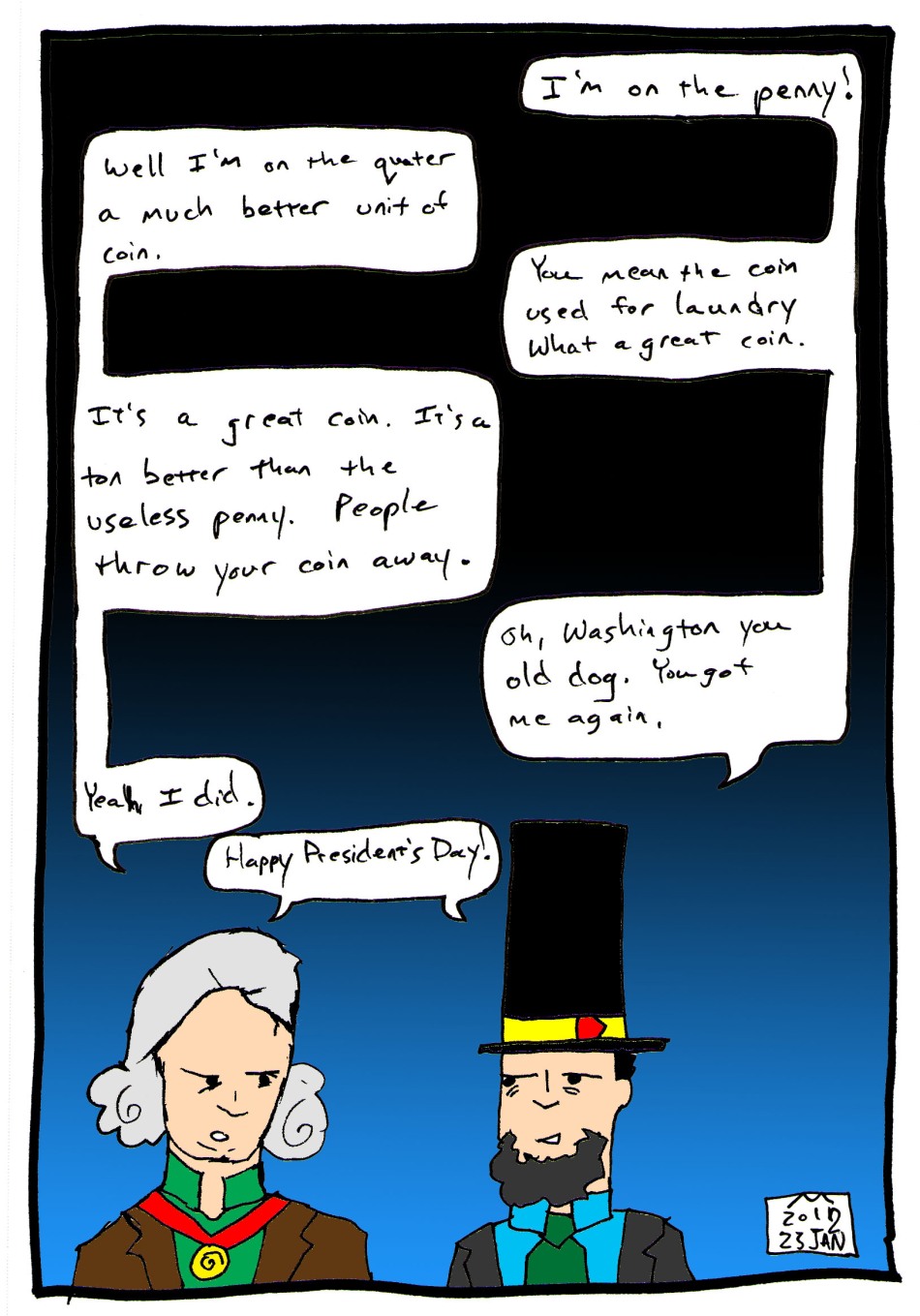 Oh snaps!  Lincoln likes the ladies.  He would never lie about that.  Check out the original printable version at my flickr site. 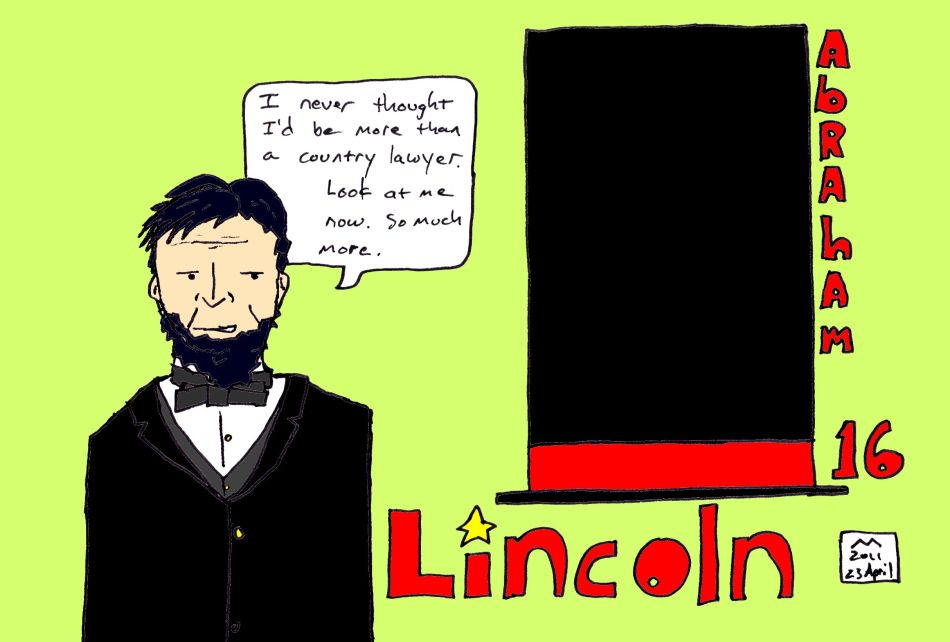