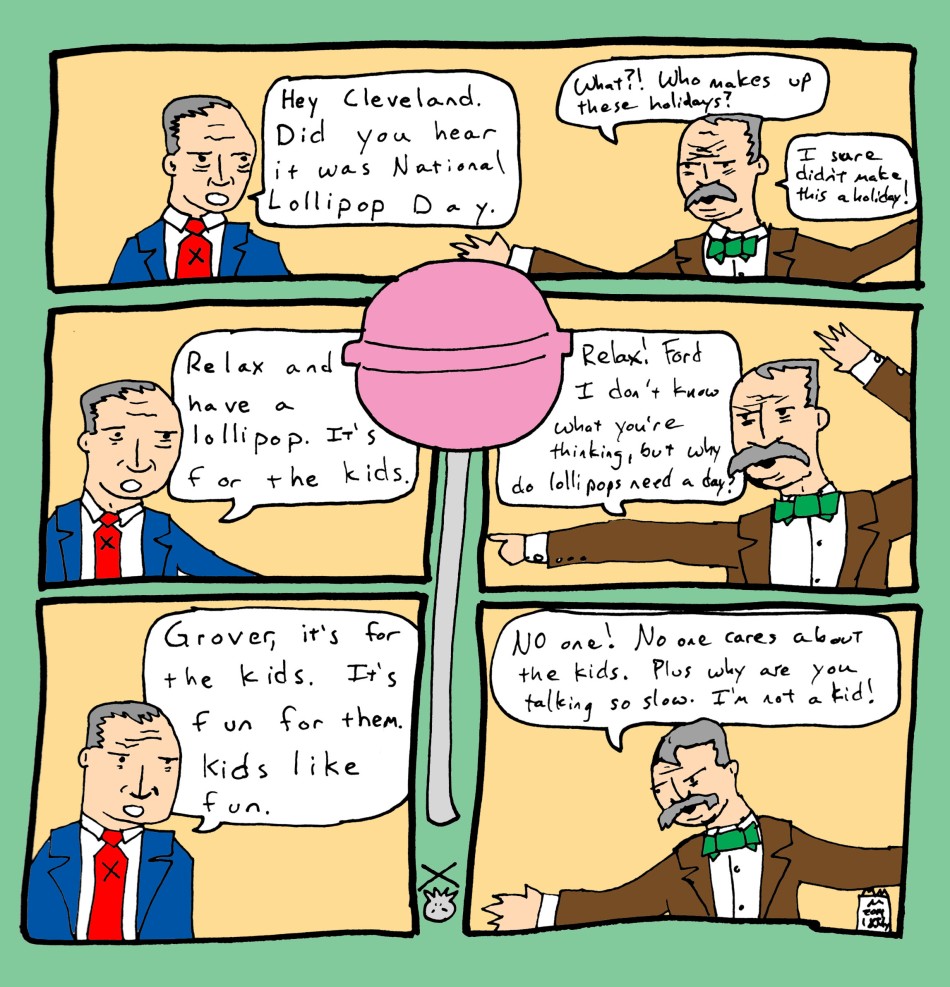 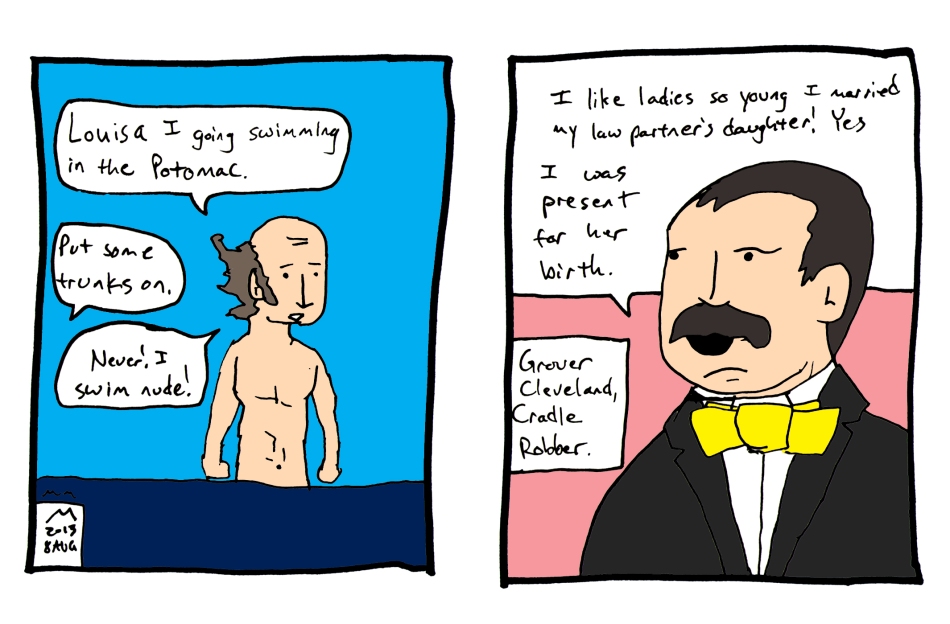 Here are some facts that seem like they should be jokes, but they are for real!  John Quincy Adams liked swimming nude in the Potomac River.  Grover Cleveland married his law partner’s daughter.   President can do some funny and weird things, but we still like them.  Plus if you could swim the Potomac nude, wouldn’t you? 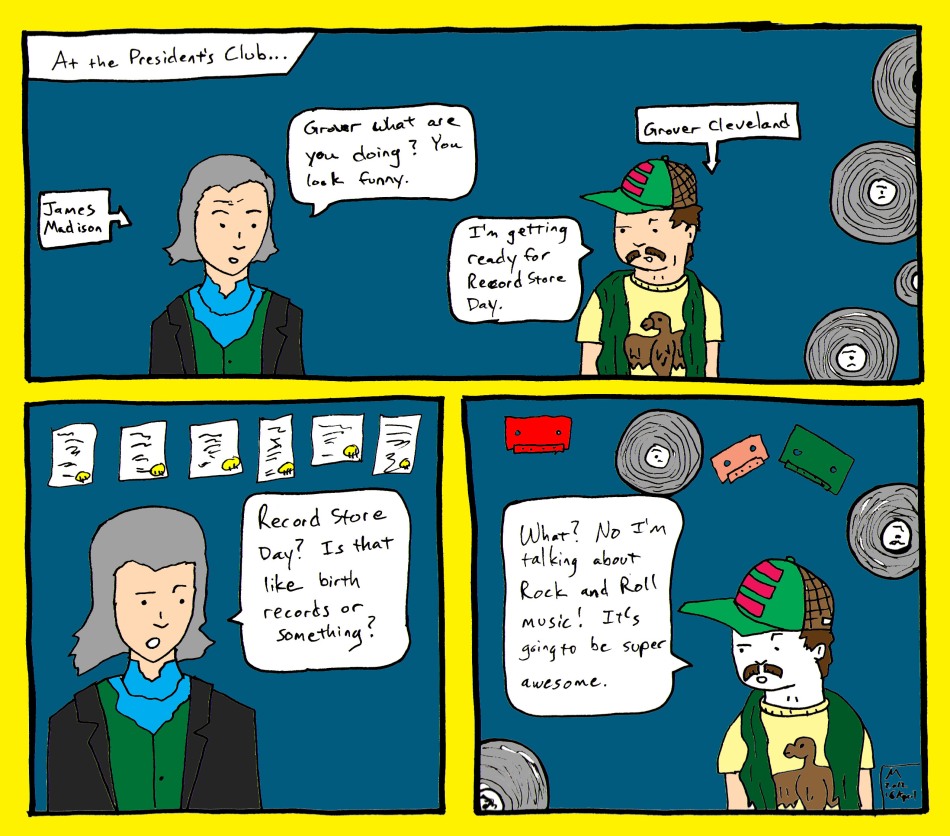 Oh my goodness it’s been another year since Record Store Day!  You know what that means, it’s time to dust off your record players and go out and buy some awesome records.  Grover Cleveland knows what’s going on.  Plus with a stash like that how can you not follow him.  He’s a mighty awesome president.  I hope to see you at the record stores.  If you have questions about it check out Record Store Day site.