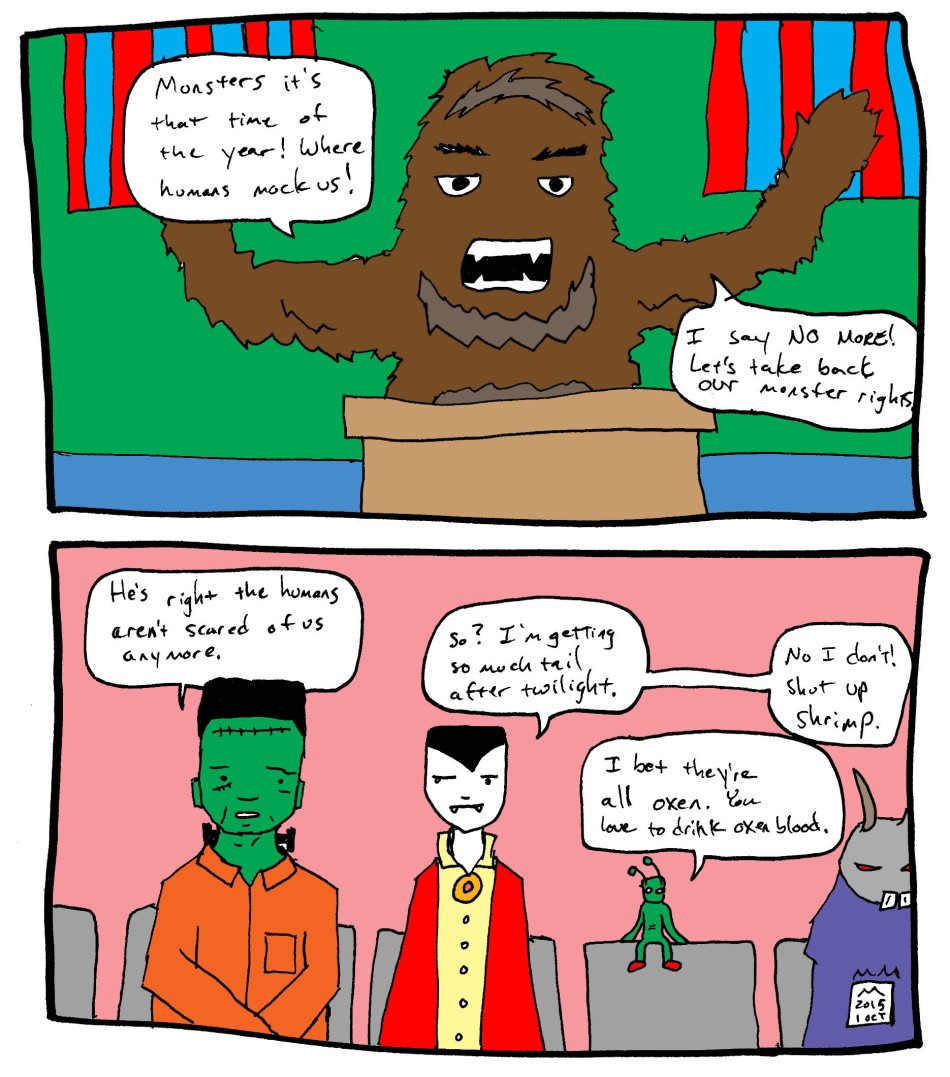 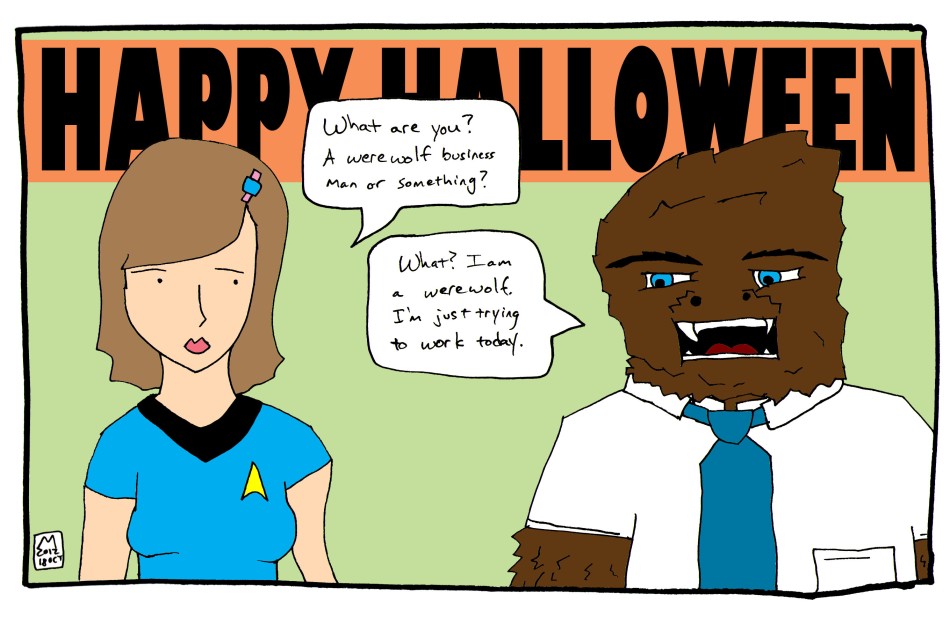 It’s October, what a great month.  This year I’ve been trying to draw a picture/comic everyday.  So far I’ve done 292 of them.  I still need to draw one today.  These comics have been where I’ve drawn almost all my president that have been featured here on fridays.  This month I decide to follow a theme, which I haven’t done yet.  This month I decide to draw monsters.  So all months I’ve been drawing different type of monsters and comics about monsters.  Some very real monsters and not so real.  So I’m going to post of couple here are there for the next couple of weeks.  I hope you enjoy.

This comic was drawn on Oct 9, 2011.  I used colored pencils to color the werewolf.