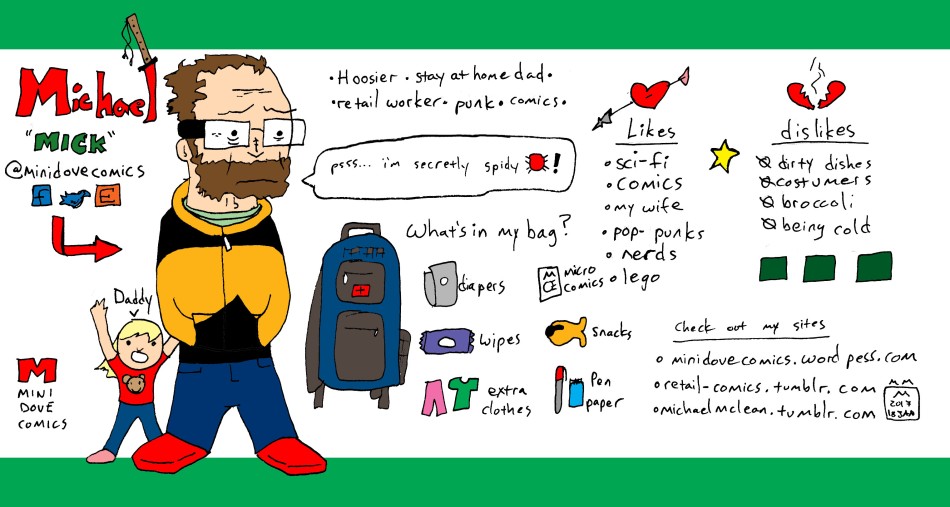 Michael McLean was once a lonely young boy.  He had no friends to speak off.  Of course 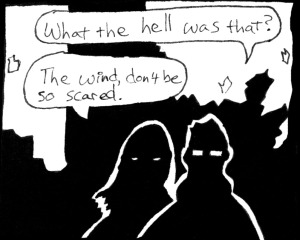 this all changed when he learned to speak at the young age of three.  From there Michael has become a force of nature, sometimes for good, sometimes for bad.  No one really knows when he will be either.  Luckily for the world, Michael was married in October of 2009 to his fabulous wife Allison.  Together they have set out to change the world as we know it.  Their first order of business was to end all the craziness of them being single.  Their second order is still a mystery.  When it is revealed it’ll be a dozy.

The second order has been revealed. It’s to have a baby which they have done and have been living with for awhile. Their kid is awesome and changing the world as we speak.

Make sure to check out more Michael’s comics at retail comics. Also check out the etsy page to buy original comics and greeting cards.

This site uses Akismet to reduce spam. Learn how your comment data is processed.